A look at the 1970 Pontiac GTO Judge that has been a part of my entire life! 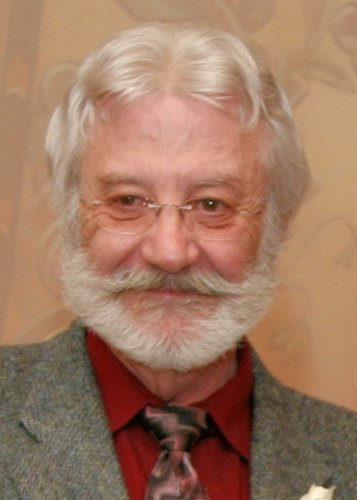 This awesome vehicle was purchased by my father John R. Costa who lived from August 7, 1940 ~ June 7, 2015. He is survived by my mother and I. He purchased the vehicle brand new in late 1969, it is a 1970 model year. Can you imagine? This was his daily driver for many years. In the early years for a time he was even running side pipes on it! (Yes, my dad was cool). He worked for the Naval Underwater Warfare Center formerly called the Naval Underwater Systems Center for nearly my entire life (40+yrs).

I have admired this car since childhood. My father purchased it prior to my birth, and it's been around for my entire life! After my father passed, my mother transferred the car to me. How lucky am I to be able to have such a cool car that is serves as such a memorial to my father.

I'll share more stories about this car, and pictures below. I hope you enjoy looking at and learning about my father, his beautiful machine along with it's history and stories, and the real message below. If you've seen us on the road, this site will tell you more about this awesome ride. 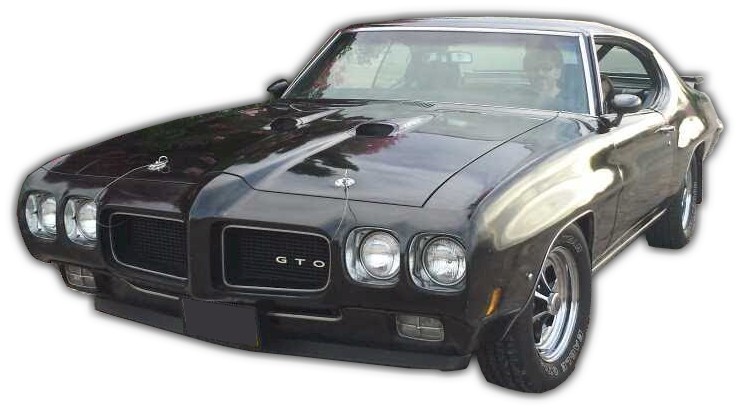 This car is a rare find as it was only in 1970 that this body style was produced with this front end. In 1968 the GTO got this body style, but had a different nose with flip up headlight covers. In 1969 "The Judge" - A special edition of the GTO became available, but still had the flip up headlight covers. in 1970, the GTO Judge was still available, and with a redesigned front end - this front end. By 1971, the front end and hood and hood scoops were redesigned again, and it marked the final year "The Judge" option would be available.

One of a kind. One year only.

That makes this 1970 the only year for this body and nose style, and one of the few years "The Judge" option was available! These cars were beasts, with many regarding the GTO as the first of the true American "muscle cars". By 1973, these cars were no longer the muscle car beasts they used to be. What a short window of opportunity for these classic muscle cars. You can read more on the history of the GTO here: The First Muscle Car - Pontiac GTO through the years

Can you imagine back in the day, having this beauty parked outside? When I think of the other cars that were generally around and on the street at the time, and I think of my dad driving around in this awesome ride, I can't help but smile.
If you like these photos, you can see more pictures, both old and new in the photo gallery.

Now you've probably noticed that she was originally blue, which leads us to...

It apparently didn't take my dad long to realize that this car needed to be black (lol). I don't know exactly what year he had it painted, but by 1975 it was already painted black and has been so ever since.... More to follow..

Wait 'til you hear this one...

Oh yeah!
I'll have more about this story in the future, but for now here's some eye candy (click to enlarge): 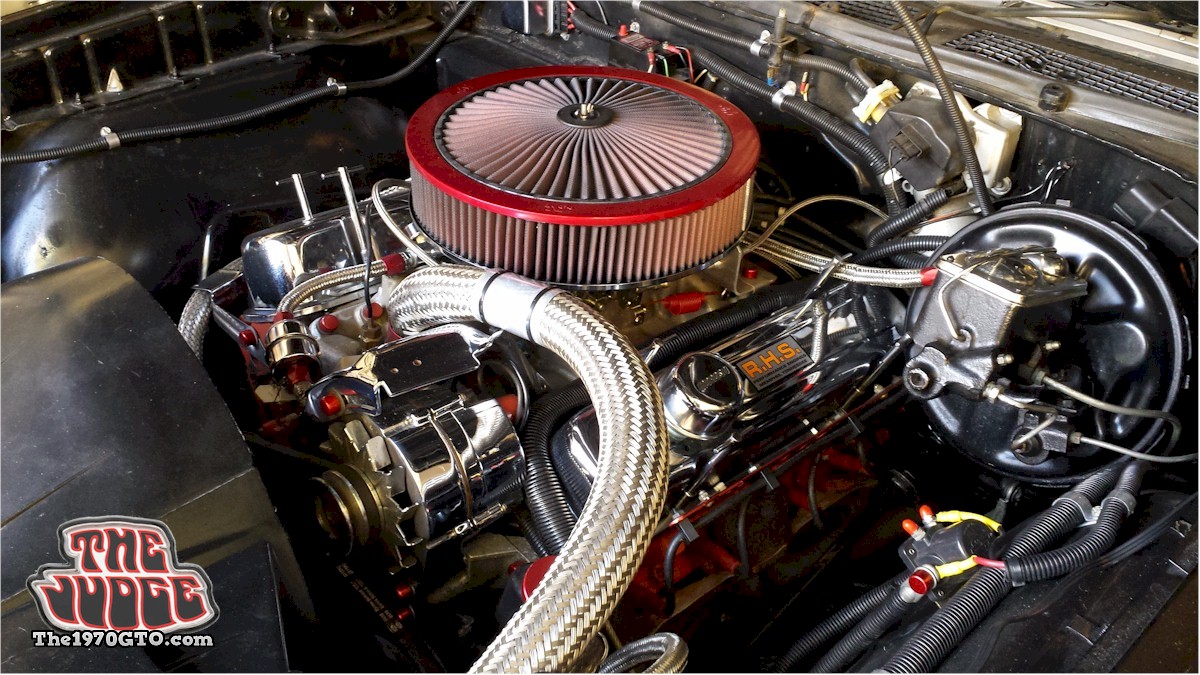 the transmission on the belly

And maybe more...
Here's a quick story for you:

Somewhere around August of 2010, my dad thought about how the gas tank was 40 yrs old. I'm not sure if this whole thing was prompted by him having a tough start one time or not, sometimes my dad just did things as a preventative measure.

He purchased a new gas tank and proceeded to change it out all by himself, like he did most projects. One day I noticed him outside at the back of the garage with a gas tank and asked him about it. He told me it was the old gas tank from the GTO, he had replaced it and was curious about the old one.

He proceeded to grab a sawzall

and cut it in half (which looked a lot more difficult that you would think). When he looked inside he chuckled and told me to come take a look.

The 40 year old gas tank looked like new! The tank was spotless...

The 40 yr old gas tank looked like new! I snapped a couple of pictures, sorry for the low quality (click to enlarge). Anything you see in the tank is shavings from the sawing process or things that were blowing around outside. The tank was spotless.


AGAIN: In both of these pictures, the stuff you see in the bottom is a result of the cutting the tank in half, shavings and leaves from outside, not residue in the tank. It was like new! Well at least he didn't have to wonder about it anymore.

In May of 2018, the 1970 GTO was relocated (and revived) with thanks to my mom. We also replaced "The Judge" decals on the fenders and the trunk lid thanks to my wife. She ordered them for the car as soon as it was up and running, and they look great. So, The Judge is back in action following a period of rest. The Judge is looking and running as good as ever! 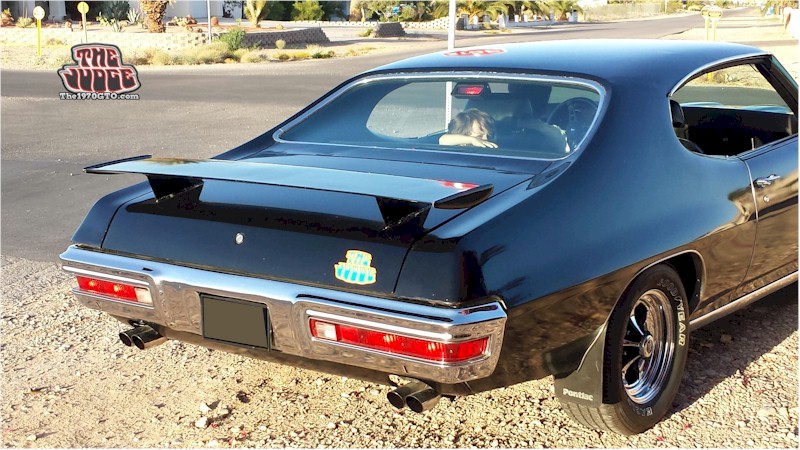 My father took great care of this car, and kept logs of all maintenance that he did. God willing, I plan to do the same.
× 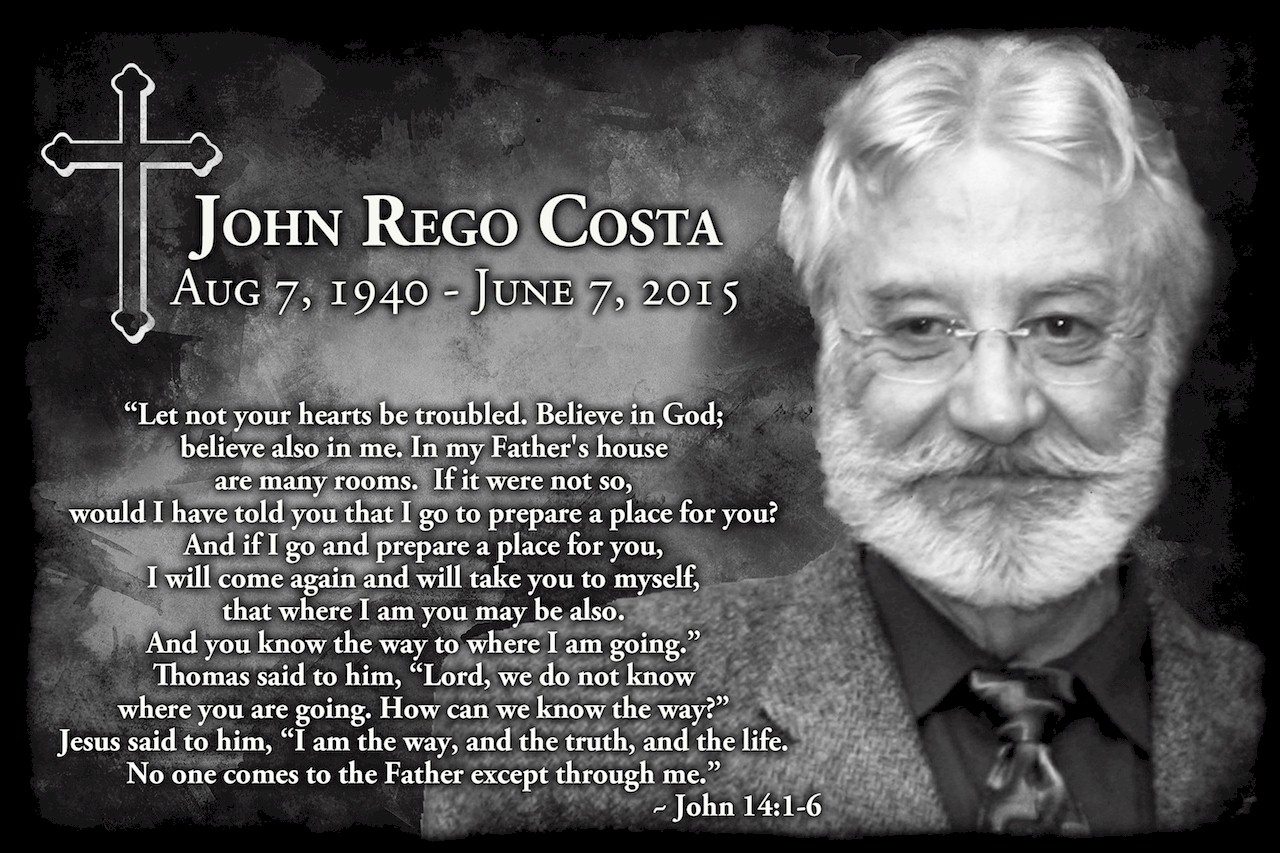 Hint: Any colored words can be clicked.

Obviously, this page is a memorial to my father and to the awesome car that I've inherited along with it's history, but it's more than that.  When I look at this GTO, it screams of my father to me. I simply cannot look at this GTO (or any GTO for that matter - or really any Pontiac) without thinking of him.

This car has been a part of my life for my ENTIRE life - literally, I have seen this car throughout my entire life.  Think about that. It was my dad's daily driver for many years when I was young, and then went on to become his weekend driver. I could say that I love this car. Now, you may have read that the English language only has one word for love, but it can have very different meanings.  Saying I love this car is very different than saying I love my wife or my child or that I love my mom and my dad.  Really, any love I have for this car is just a reflection of the love I have for my dad.  It reminds me of him, and makes me think of him.  Ultimately, the car itself is just an object - a "thing", and as such is temporary (though I think this one's lasted much longer than most and is still being driven regularly after nearly half a century).

We often hear people say things like "I love that car", but if we aren't careful to cultivate true and meaningful love in our lives, it can leave us with a sense of emptiness where we then long for the next "thing" to make us happy again, though only temporarily.  Spend the money and buy the next car, or pair of shoes, or whatever else and shortly thereafter the feeling of "love" and happiness wears off again and we want the next "thing" to fill the void yet again.  Real love comes from above, and I love my mom and dad.

Though I miss my dad, I am at peace with his passing. I was fortunate to be able to spend time with him in his final months. During this time I was able to discuss with him our faith, and hope. Just as I cannot look at my father's beautiful car without feeling grateful for it and thinking of him, I also cannot look at the beauty that is the whole of creation without feeling thankful and thinking of our Heavenly Father, the Creator. Just as any love I have for this car is a reflection of my love for my dad, so is my love for my dad a reflection of His love for us.  And that love is never empty, never needs to be replaced, and can never be filled by any object or "thing".

I love my dad. I miss him. I will see him again.

I've given you some facts about the car above, and I have one other fact for you...

I've given you some facts about the car above, and I have one other fact for you.  I am reasonably certain that the last time my dad drove the GTO, he had no idea that it would be the last time he would ever drive the GTO.  Do we ever really know when our last day will be?  If today is yours, do you know where you stand?  Have you been a good person?  Maybe you should take the test and find out ;-)

Feel Free to Drop Us a Line

If you have any questions or comments please feel free to contact us, we would love to hear from you. 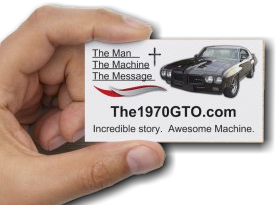 Have you seen us on the road? Did we give you a card? Please send us a note with the form above and let us know!

HINT: Scroll to the TOP of the page for our social media links.

You know you want to hear it. Go ahead, click the floating speaker icon at the top of the page. But be prepared to be singing it in your head for a few days ;-)